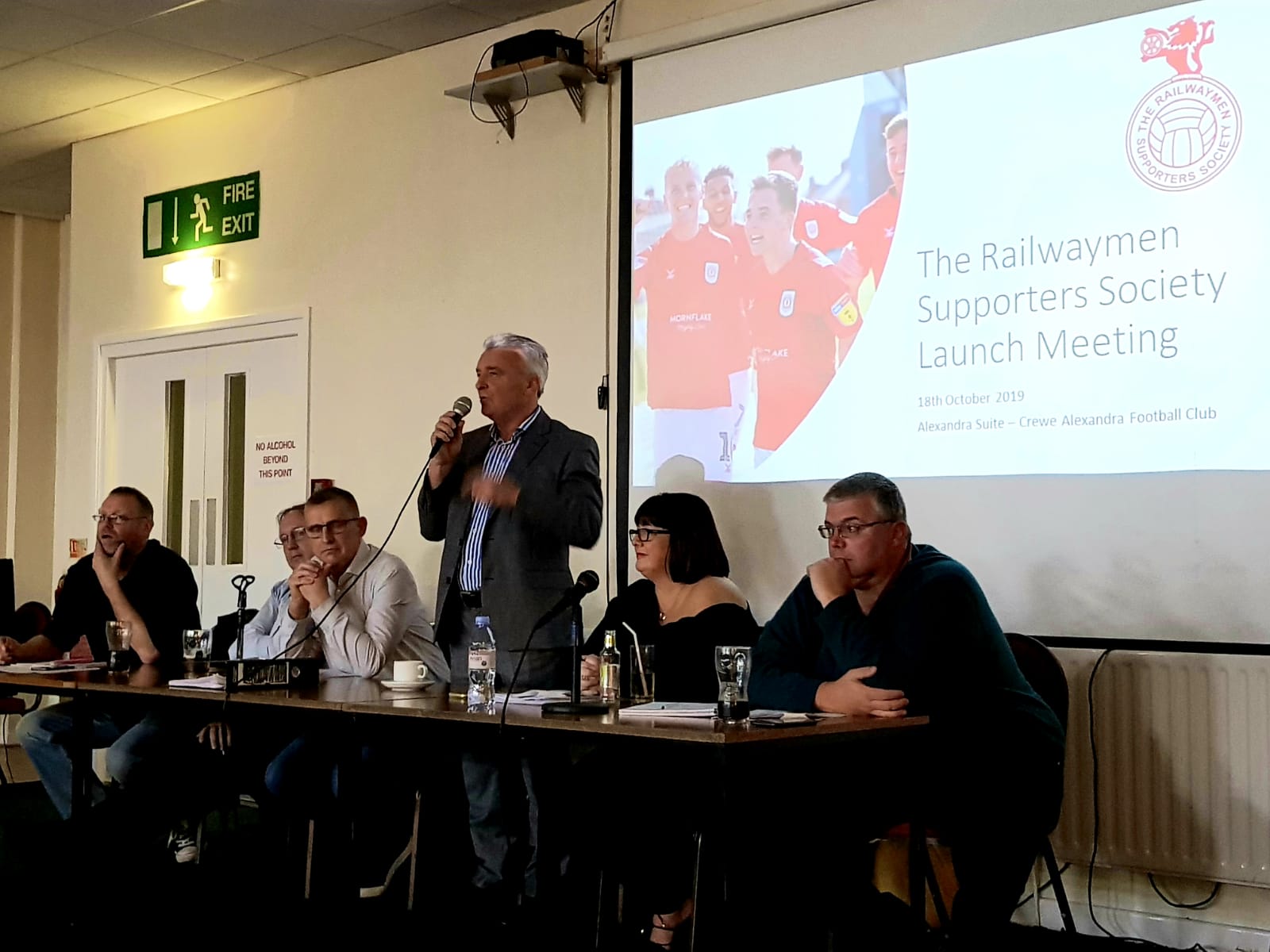 This £250,000 will help to safeguard the future of Crewe Alexandra, ensuring it remains community owned and ran by a group of local people with the best interests of the club at heart. By reaching this amount, we will be helping to ensure the supporters have a voice on the board, with an elected member of the group sitting by rotation as a director of the football club.

Six other local investors are also raising capital as part of this deal and their identities will become public once it is felt to be appropriate. They are all supporters who share our vision for the club.

If we successfully raise the £250,000 this will go towards purchasing the shares in the club that are currently owned by Gresty Holdings (Crewe) Limited. This is the company which holds the controlling interest in all the other companies, including the car park and stadium.

A new holding company has already been formed named Crewe Alexandra Group Limited, which will house the club and its land assets, which will remain in seperate companies to protect them as is common sense in business.

This deal can only be completed if sufficient capital is raised as per the agreement announced by the football club with Gresty Holdings (Crewe) Limited. If the Supporters Group are unsuccessful in raising the £250,000, anyone who has bought shares will have their money refunded. It is not yet clear in this scenario whether the buy-out will be able to go ahead. And even if it does, the supporters would not have a place on the board.

It may possibly be the only chance we ever have to own a stake in the club.

It is also worth emphasising that this is time sensitive; the deal currently in place will only remain valid until early next year, hence the February 28th deadline to raise the £250,000. It is a limited offer for a limited time. If the deal does not go ahead, the club will not be able to move forward and the uncertainty around the ownership will roll on.

The two tiers of share subscription in the supporters group have been set at £250 and £1,000. Further subscriptions over this amount would of course be very welcome but please only part with money you can afford to lose. This is not investment and should be seen as an opportunity to become a custodian of the club and have a voice in how it is run.

If we are successful and the deal goes through, no one will be able to own more than 12.5% of the football club to prevent anyone gaining a controlling interest in the future.

This is our chance to bring back the good times to Crewe Alexandra. Make your voice heard, dig deep, and let’s keep our club community owned.

Further information on the share subscription can be found here: If you want to re-visit some of the tweets from the night which included the Q&A, please click on the image below: