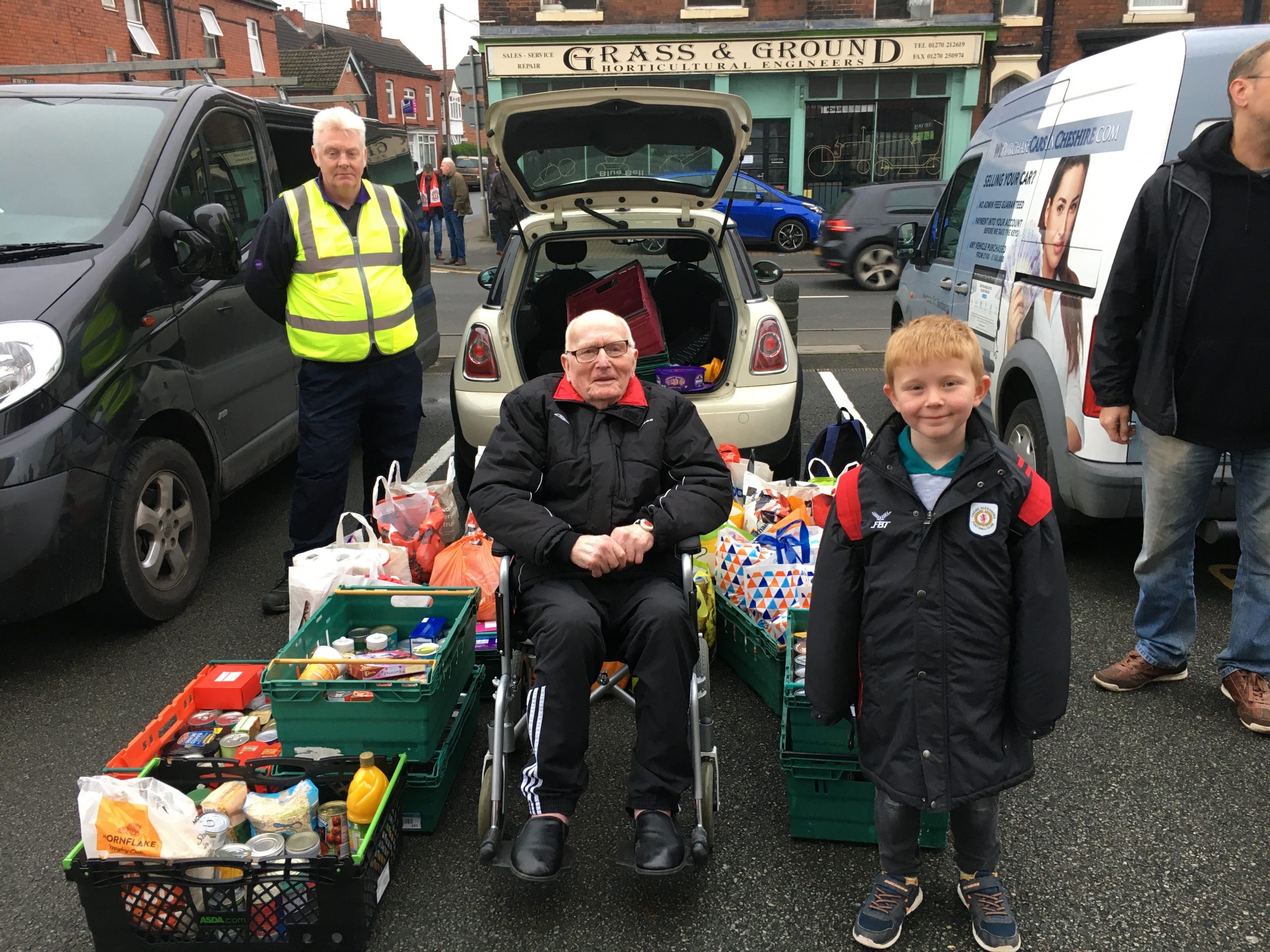 On the 23rd November 2019, Crewe Alexandra welcomed Morecambe FC to Gresty Road. It was also the venue for the Railwaymen Supporters Society’s last Foodbank of the year.

It was great to see fans young and old of both clubs bringing anything from a few items to bag fulls of food to the Foodbank and supporting a great cause.

If any help were needed to show the range of the ages donating, pictured below making their donations on the day were Johnny King (87)  and Jack Tantram (6).

Johnny King played as a Forward and represented Crewe Alexandra for eight seasons between 1950 and 1967 making 226 appearances and scoring 62 goals. Jack Tantram is a Defender and has made 18 appearances for Stafford Rangers U7’s and is a season ticket holder at Crewe Alex. It wasn’t just the Crewe Alex fans that were donating. We received some great support from the fans and officials from Morecambe FC and whilst things may not have gone as well for them on the pitch as they hoped, they were a total credit to the football family off the pitch and we thank them for their support.

So far the Foodbanks that have been organised by the Railwaymen have raised over 1,700kgs of food which equates to over 2000 meals. This is making a real difference to the local community and it’s a project we hope to continue with during 2020.