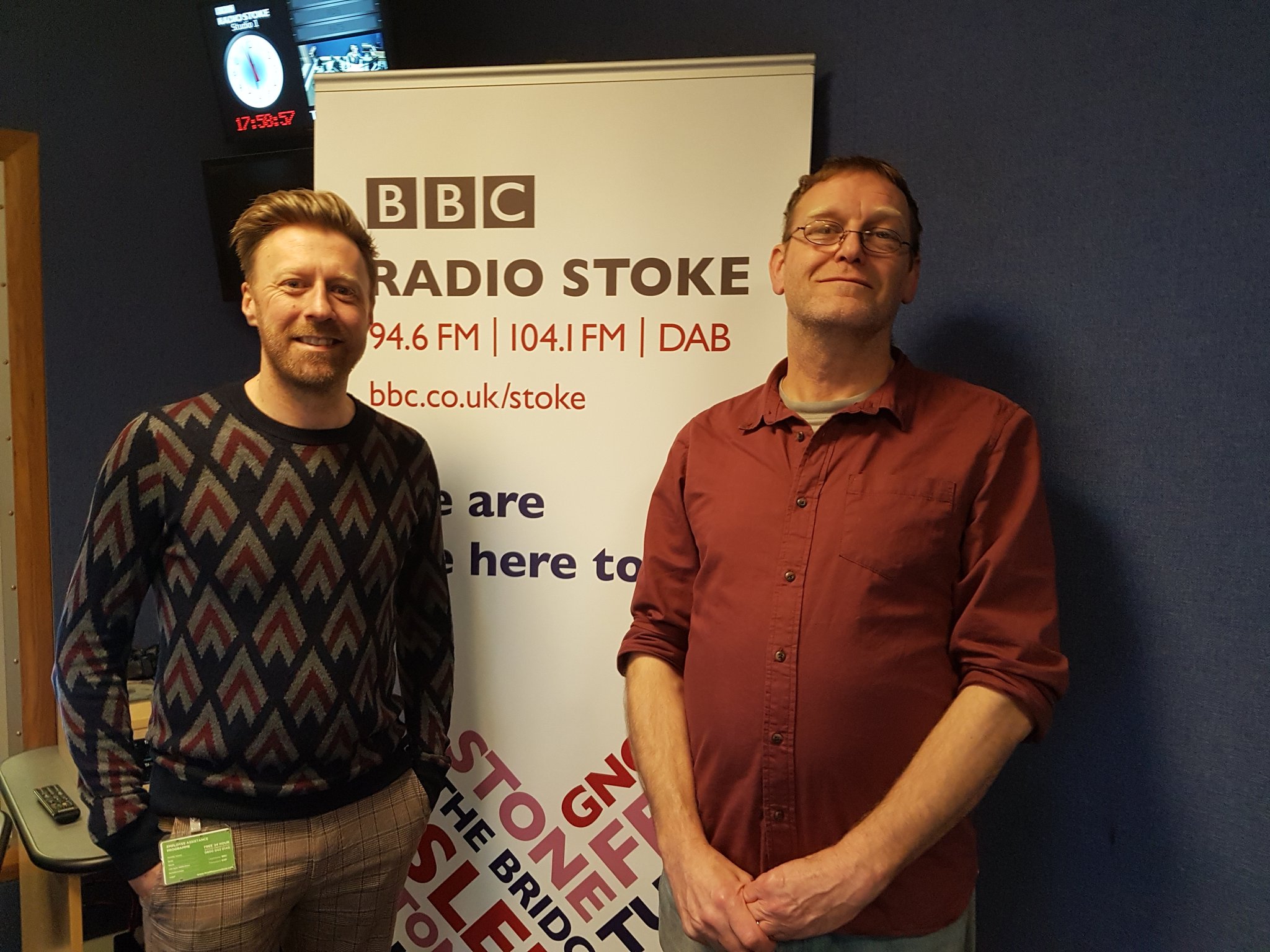 On 17th January 2020, Richard Benson was invited into BBC Radio Stoke to talk about the Railwaymen Supporters Society and what we’re trying to achieve with #Project250. Here is his account of the night for anyone that missed it live along with a link so you can listen again:

Let’s start at the end.

7.03pm, walking out of the studio and Matt Sandoz tells me he has just received a text about the programme and my contributions from TERRY CONROY. The Alex and Stoke legend has texted him to show his support for #Project250.

“Amazing dedication by the Railwaymen. This venture needs to succeed. I have seen how committed the management and coaching staff are in producing players every season. My personal interest is my grandson who has been at Reaseheath since he was 5 years of age. He is now 12. And the care and attention he has received is absolutely top class. Come on you Crewe fans, give this the final push! TC “

I am gobsmacked and excited – I saw him play throughout 1980 and loved that a well known player would play at Gresty Road. Terry quickly consented to me using his message as a testimonial – thanks! (The first ex-player to do so publically, to my knowledge!)
Looking back over the 35 minutes I suddenly realised I could only really remember the general feel of it. Actual details were not that clear in that moment. What felt good was to be able to be passionate about our club on a wider stage, something that is harder and harder to achieve for anyone outside the top two divisions.

There were lots of messages – my phone has never been so busy. Whatapp, texts and Twitter. All of which is new to me as I have avoided social media having worked in education for 35 years.
My daughter Holly, who has had her season ticket for ten years now and at the start of each season is sure we will do well, had messaged me along with others to point out that things couldn’t have gone “gooder” – now that was something I did remember. ( “I did good” – “We did gooder” – “The boy did gooderest”)

Hopefully the explanations, updates and appeals hit the mark. It’s vital we raise more funds to hit our target on time. It felt like we had achieved that when a Stoke fan rang in to ask how they could make a donation. It’s easy to forget there are many many great Stoke fans (where are you Nick Hancock?) and amazing fans at all clubs.
That Stoke fan though did stop me raising an extra £10 though, as I had just thought of a way to work the phrase “clayhead” into the interview and earn an extra donation from a dare.

I have been praised for my passion (thank you) and my maths skills but none of that will mean anything really if we don’t reach our target. So if you’re reading this and pondering whether to get involved, then now is the time to join in.

Your club needs you.