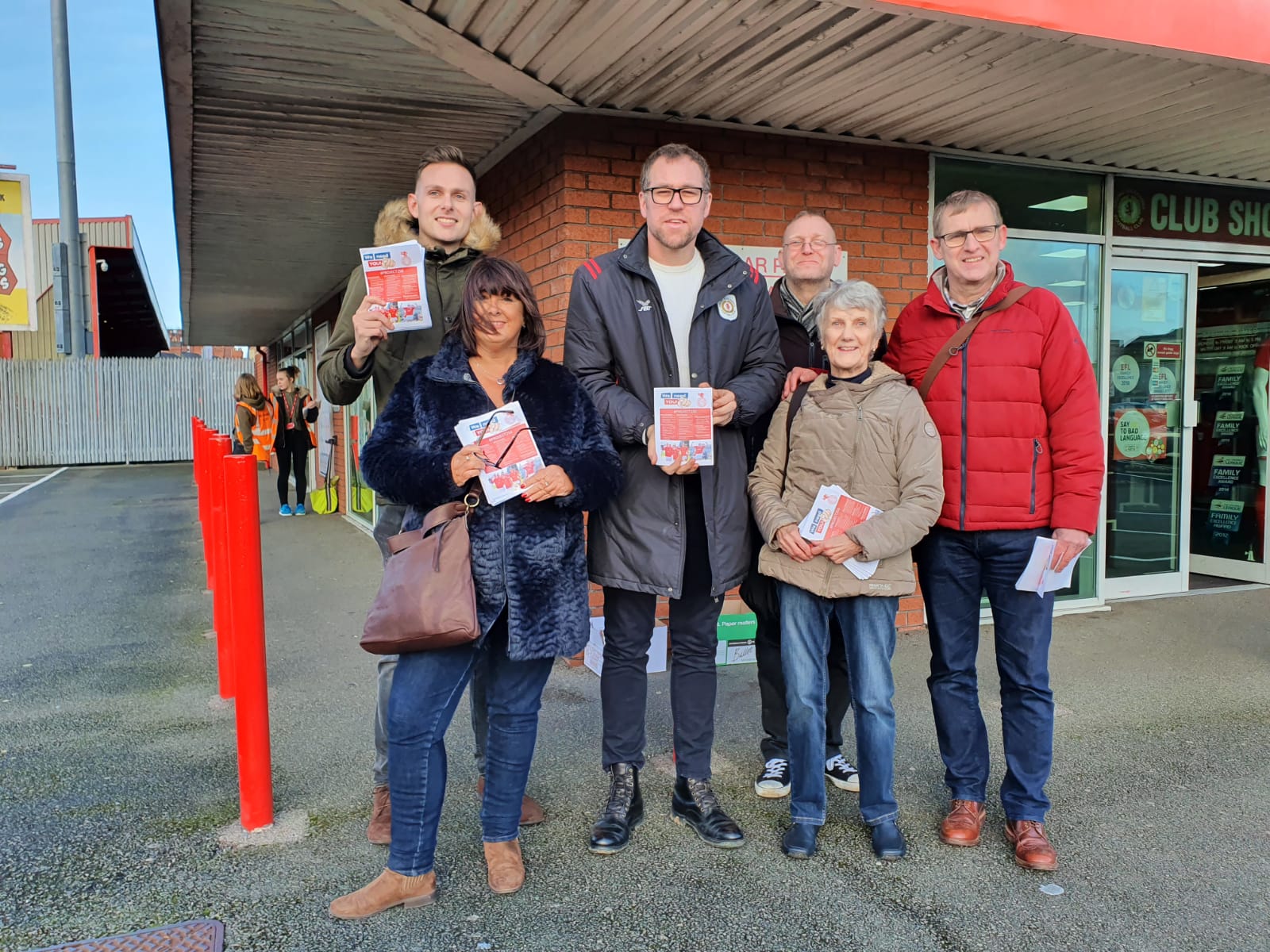 All of the Railwaymen Society Board members headed to the Alexandra stadium early on the 18th January to help push the #Project250 campaign.

Despite a it being a cold and breezy day we were there well ahead of kick off against Cheltenham Town to meet as many fans as we could and gain more support in our quest to gather £250k by the end of the month. The day started well on a few fronts with support from David Artell and Kenny Lunt, not to mention a few of the members winning some free tickets on the EFL Rewards app! (If you haven’t got this app yet it’s worth downloading and “spinning the wheel” when attending any games in person.) Anyway, back to the day that will affectionally be know as “Perry Ng’s Haircut Game”.

It was great to meet with some many fans on the day between us. Everyone spoke in support of what we were trying to achieve. Many of you have heard of us, lot’s of you have already invested, some pledged their support before the end of the month and others were just able to wish us well in hitting the target.

What is fast turning into a regular slot for him saw our very own Richard Benson appear on BBC Radio Stoke alongside our Chairman Mark Beavan. Matt Sandoz was putting the questions to them on Praise and Grumble after the game. It’s great to get the air time to spread the word about #Project250, especially after a match and certainly after a great 3 points! What it showed us is that we have a fan base that cares about our club. They are behind what we’re trying to do and if we can make #Project250 a success, we know that we have the fans that will appreciate it and what can be built for the future.

Yesterday was amazing and it has given us a big boost but please don’t think we’re already there. We still need all of you and more to come forward if you’re interested and get involved. We’re getting closer now, let’s not waste this opportunity!

If you somehow missed us giving out the #Project250 leaflets, you can see a copy below: Competition: Win a meal with Dave and Kenny