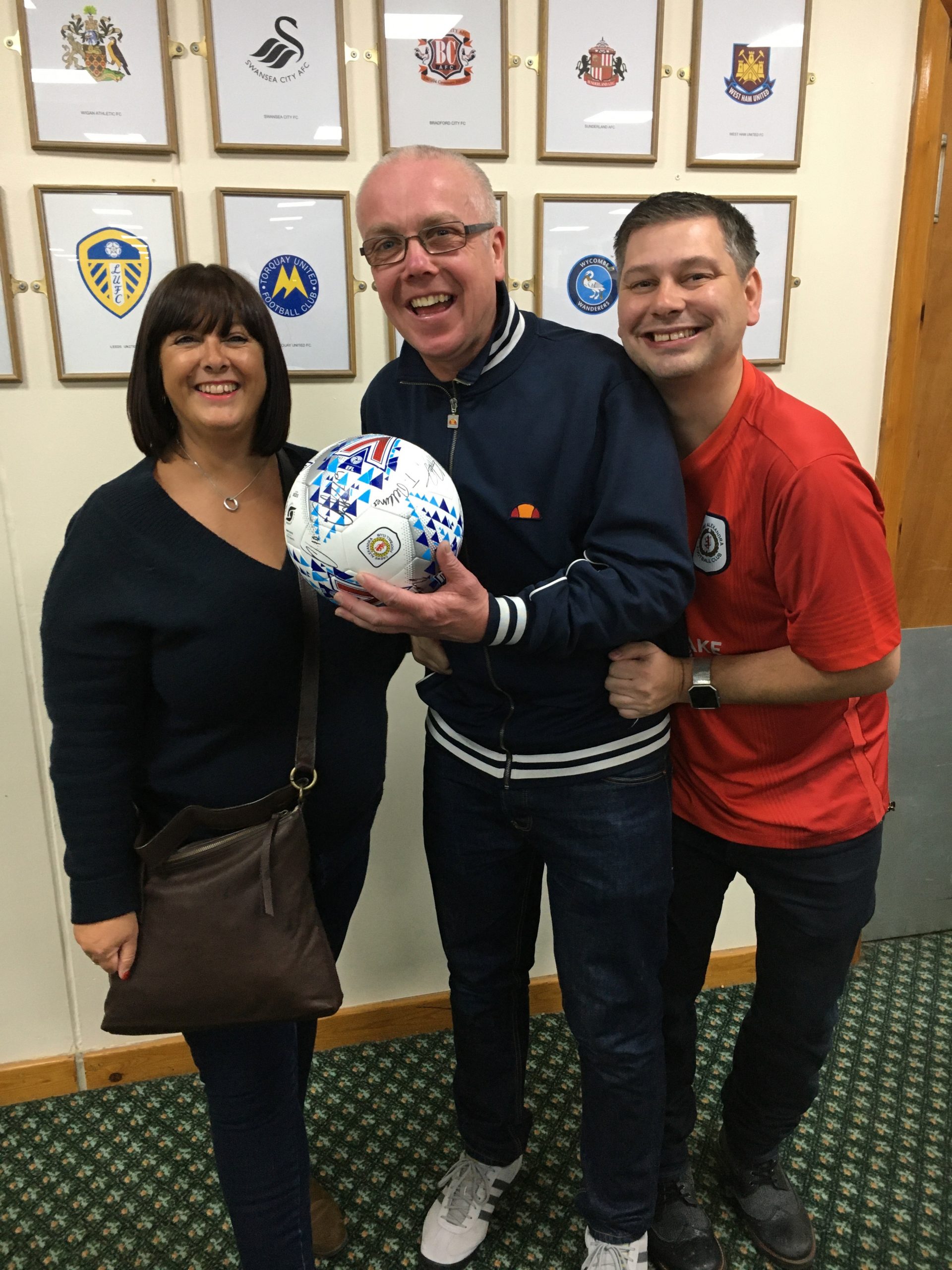 Back when The Railway Supporters Society were kicking off #Project250 we ran a competition on Twitter to win a signed football.

The target to win this was to get us past 1,000 followers on twitter and because we have some excellent fans, we soon met that.

The draw was completed and we’re really pleased to announce that the winner of the signed Crewe Alex football was Andy Preece.

We managed to catch up with Andy after the Cheltenham game to present him with the ball. As an added bonus he also got an enthusiastic hug from board member Matt Owen. We hope this won’t put you off entering any more competitions in the future!!

Thanks again for all the support and we’ll look to run some more competitions soon.