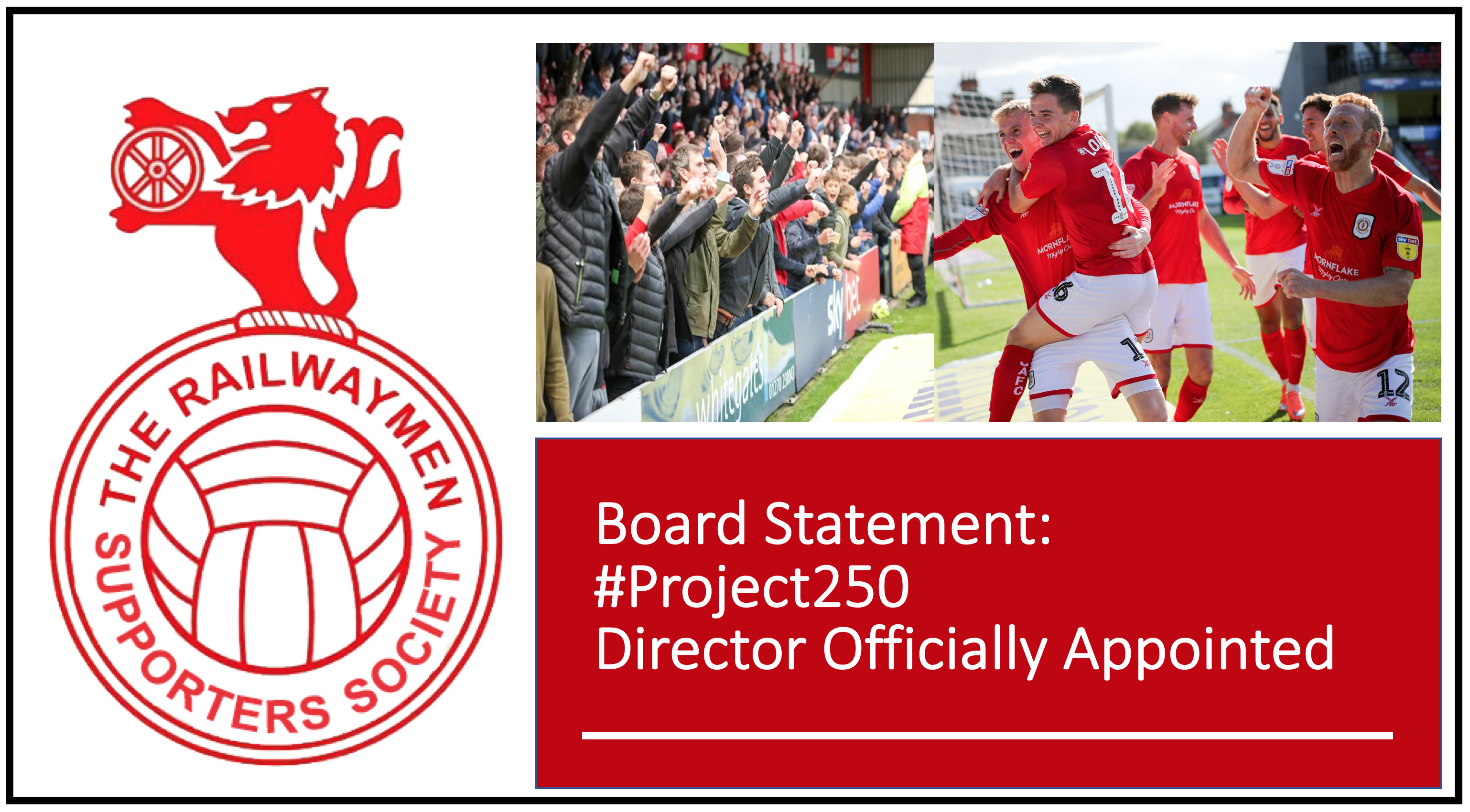 The Railwaymen Supporters Society are delighted to announce that our Chairman, Mark Beavan has today been officially appointed as a Director of Crewe Alexandra as our representative. This announcement can be viewed on Companies House.

Following the purchase of the shares by the Railwaymen Supporters Society on Friday, this was the next step in the process and followed in line with the other new Directors being appointed.

This is a fantastic step forward towards a new future for the Football Club and the fans can now officially say they have a representative on the board.

As was the responsibility of the Railwaymen Supporters Society board, it was down to us to elect our Chairman and who would be our representative. Mark has led the group and overseen everything that we have done so far which cumulated in the success of #Project250.  We will continue to support Mark as we enter this exciting part of history for the club.