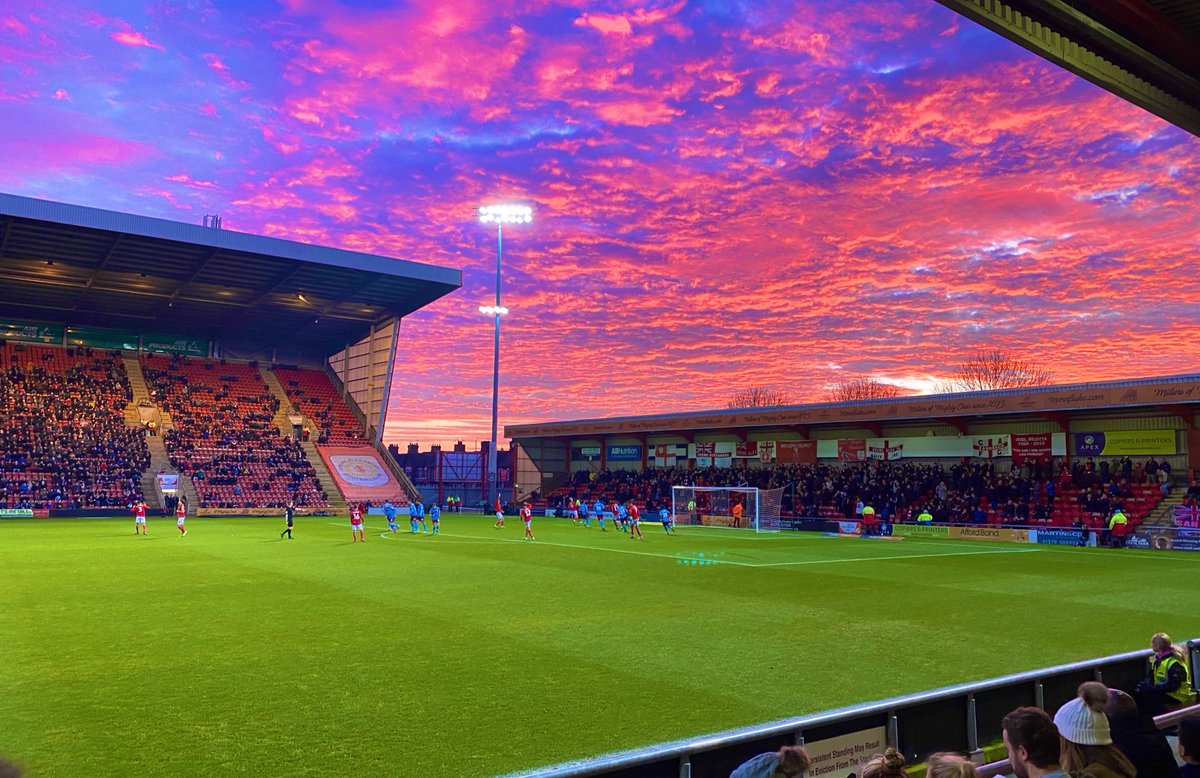 There is an expectation that Crewe will be promoted later this week. It should be a cause for wild celebration. Fantastic. Wonderful. Isn’t this what we wanted all along? Recognition for a season of scintillating football in which only Peterborough have scored more goals in the Football League and only Crawley have had more shots.

And the financial rewards of playing in League One next season will be worth £600,000 extra in EFL basic award money and other allocations of funds. What is not to like?

To clarify, I believe that ending the season is the right decision and the only viable way forward given the current pandemic. But in a parallel universe, there were nine games remaining in the season, which is a fifth of the allocated games in the league.

As I reflected, I realised watching Crewe is more about the journey than the destination itself: The football played at Gresty Road this season has unquestionably been the finest Alex fans have seen since the early 2000’s. This group of young players may be one of the finest too. So to miss out on the opportunity to watch the culmination of that success feels a short change of grand proportions.

When football resumes, whenever that may be, players will have moved on. And this team we have grown to love, currently frozen in time, will look a little different. Nottingham, Anene and Walker back to their parent clubs. Hunt, Green and Porter may have retired. And clubs may swoop for any number of the talented youngsters we have.

We are lucky in that Artell’s greatest success as manager has been re-establishing the connection between the academy and the first team. Should players move on, there is a confidence the squad is strong enough to not be too greatly disadvantaged.

But in essence; things will never be the same again. And the worst of it is that we never had a chance really savour it all, or properly say goodbye. We will look back at the 2019/20 season and wonder about the goals, the drama, and the emotion that could have been. The undrank beer, the uneaten Benny’s chippies and the uncelebrated victories.

So as I sit on my sofa and anxiously wonder why I am watching Sunday Brunch instead of Goals on Sunday, I am reminded of a famous old proverb, ‘don’t smile because its over, smile because it happened.’

Because this Crewe side has brought more joy than the players and staff can ever know. And in the meantime, if anyone needs me, I’ll be on Youtube seeing  if anyone has posted a compilation of Ryan Wintle’s diagonal long balls…