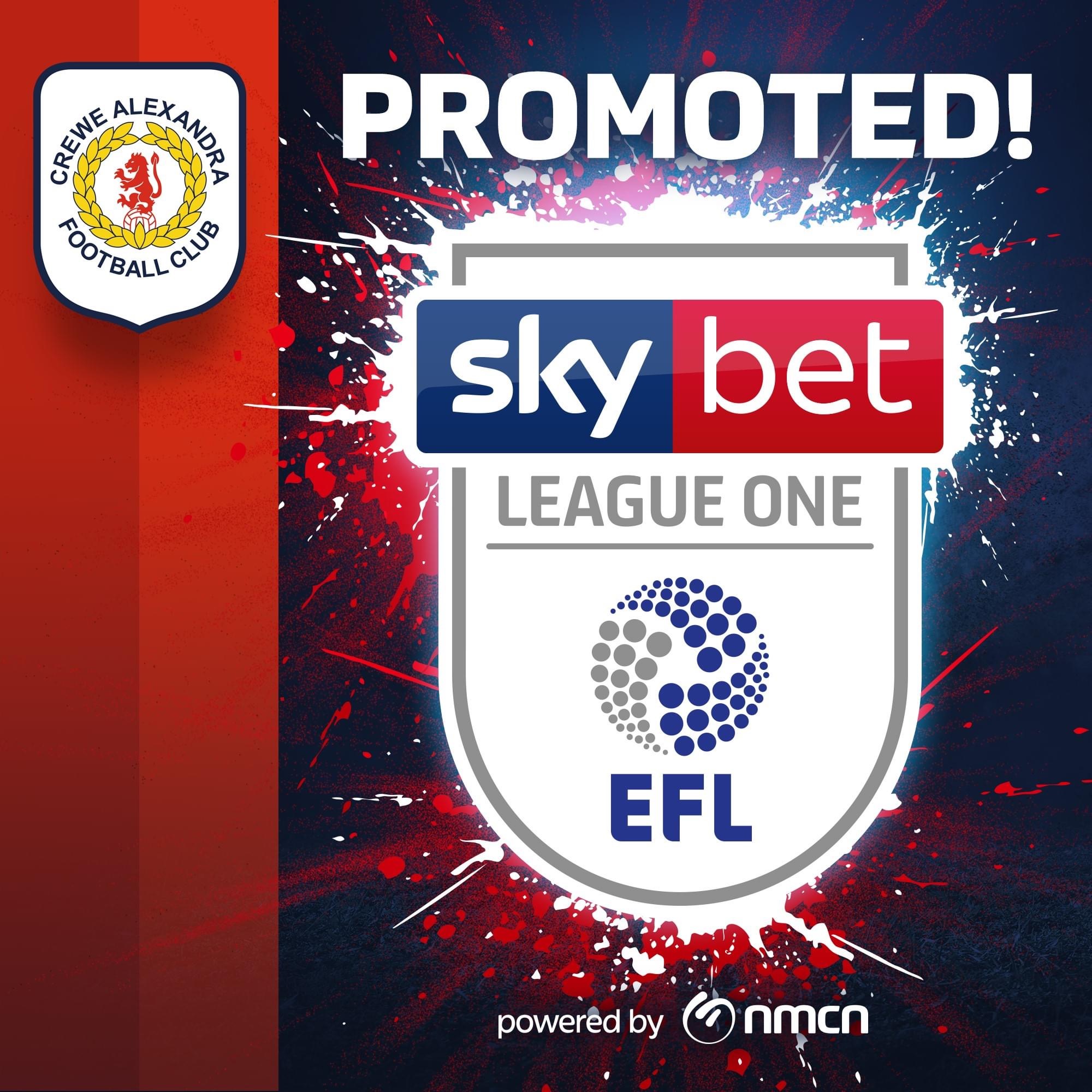 Ok, hands up, who had 85.78 points in the sweepstake for Crewe Alexandra to get promoted this season?

As unlikely a scenario as that would seem, in the same breath it is hard to deny that David Artell has built an enjoyable and formidable team this season that has deserved to see us promoted back to League 1 today. Everyone at the Railwaymen Supporters Society are overjoyed that this rollercoaster season has ended successfully, bringing a close to an eventful season. A season that has seen us watch our academy players come of age and more senior players be welcomed into the club with open arms. We were faced with the challenge of having to raise money to purchase shares in the club or risk losing the opportunity of a life time. We rose to that challenge as supporters of the club and can now proudly say that we own part of a League 1 club!

We were met with tragedy with the sad passing of Christian Mbulu and only wished that he could be with us to join in the celebration for the part that he played.

On the pitch the team have been a joy to watch. From the youngest player to the oldest Pro, they have gelled as a team and played some of the best football we’ve had the pleasure to watch as Crewe Alexandra fans. It is a shame that we had the remaining games stolen from us with the current global situation as I’m sure they would have served up more quality, attacking football for us to enjoy.

Our next hope is that David Artell, Kenny Lunt and the rest of the team can work their magic and keep the team together to take us on the League 1 adventure next season. Over the coming weeks we’ll find the time to say goodbye to loyal players and welcome new ones but for now, it’s time to raise a glass tonight and celebrate a magnificent achievement!

Of course, that’s only a short term measure until we can all do what we really want to and get together as fans again, as a group, with the players and staff and celebrate it properly. Let’s hope that day isn’t too far away!

Congratulations to everyone at Crewe Alex on our Promotion. It’s very, very well deserved.