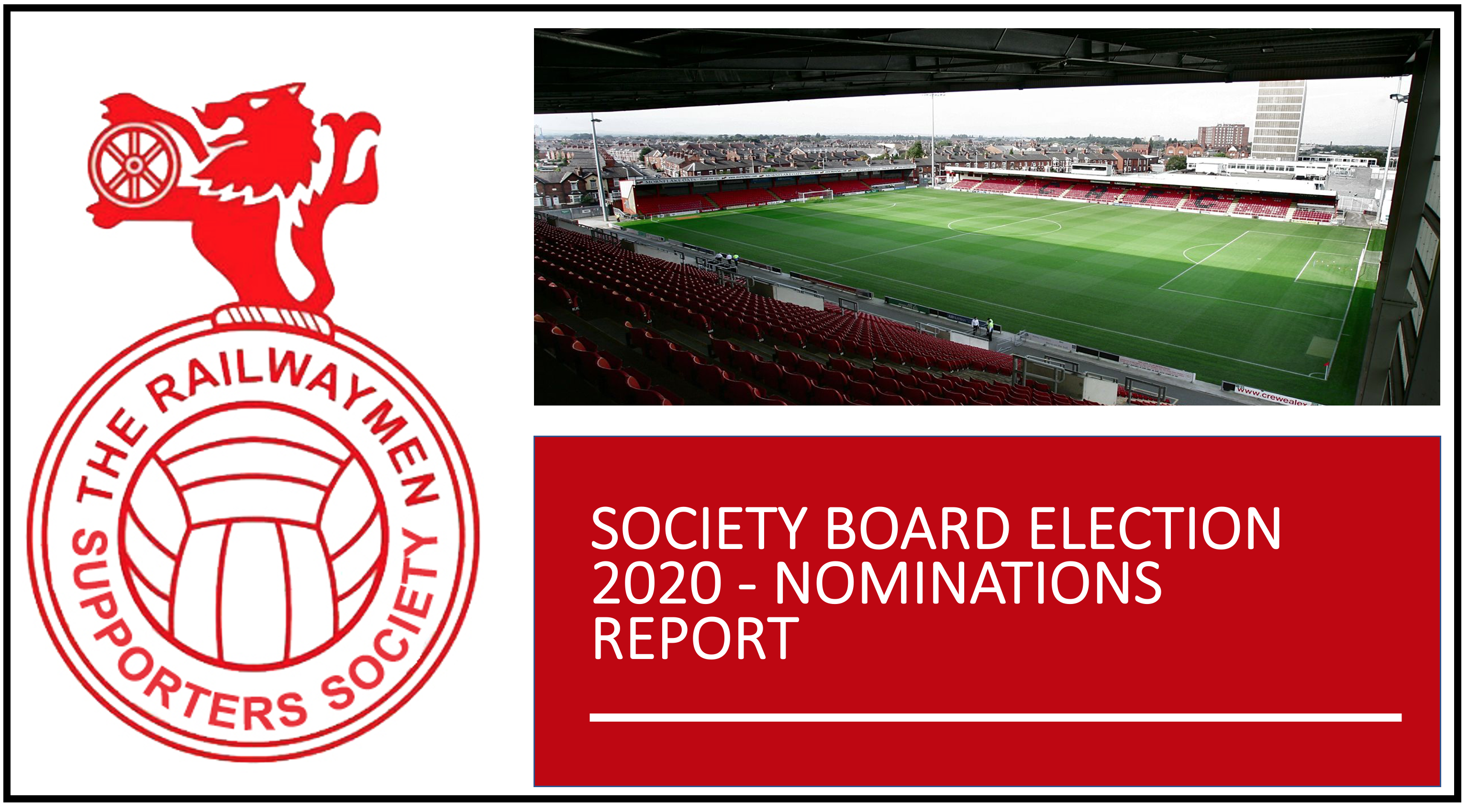 As the Independent Scrutineer and Chairman of Election Management Group for the Railwaymen Society Board Elections 2020 here is my report on the Nomination process.

The Nomination period closed at 23:59 on Saturday 3 October by which time I had received twelve valid nominations and one that I had to reject due to it being incomplete.

As ten vacancies were declared this means there will be a contested election for those ten places.

Their respective manifestos will now be published on the Railwaymen website and sent to all members as part of the voting pack, which will also include other items for the AGM, in the coming week. This will be sent either electronically, if you’ve agreed to receive via this method, or by snail mail if not, and by 12 October. Should you not receive a voting pack please contact me for a copy idc.

Given the current situation your Election Policy has been temporarily been laid aside and the procedures for this Election and the AGM have been modified to suit the circumstances.

This means there will be no Hustings Event and Ballot forms will need to be completed and returned to me either at the postal address quoted on the forms (rather than to the Secretary or at the AGM) or electronically by sending a scan or a photo of the ballot form to the email address by close Monday 2 November 2020 after which the result will be announced at the AGM on Monday 16 November 2020 and thereafter on the Railwayman website.

Please note to be accepted electronically the email MUST come from the email address registered against your membership and you should NOT send a copy by both methods as this will invalidate your votes.

As with the nomination process if any member would like to contact me for any information regarding voting or the elections I can be contacted by email at neil_le_Milliere@btinternet.com or by phone on 07946 615889.

On behalf of the Railwaymen Election Management Group 2020

Voting is for society members only and your membership number is the certificate number on your share certificate.

The Ballot form for Voting can be downloaded by clicking on the below picture: