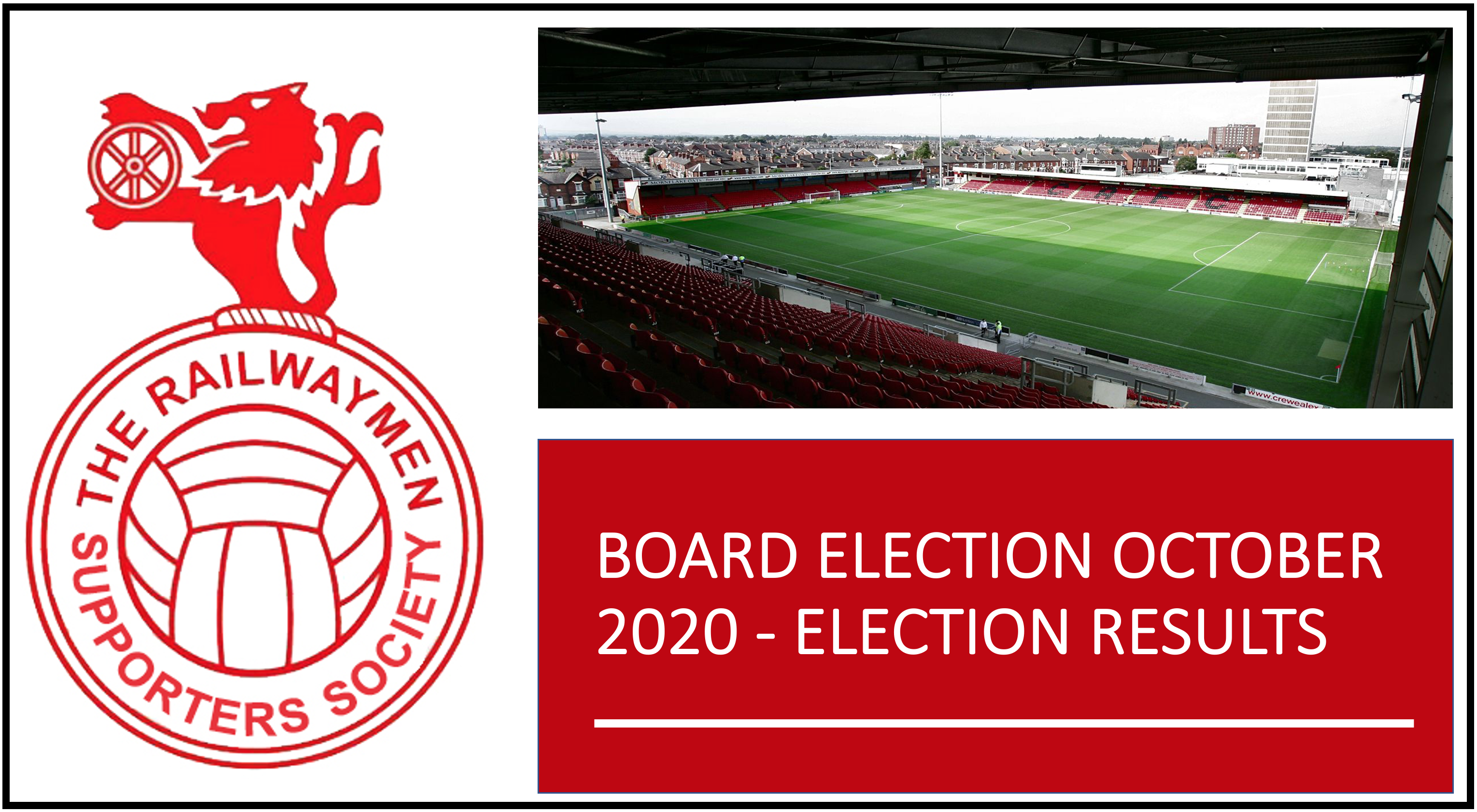 On October 11th the Railwaymen Supporters Society announced information about the first Annual General Meeting for the Society. The AGM, scheduled for the 16th November required that the members elected their first official Society Board.

The interim board has been acting on behalf of its members over the past year in order to both launch the Railwaymen Supporters Society and also oversee its first significant challenge in raising £250,000 as part of #Project250 to purchase shares in Crewe Alexandra Football Club.

Due to COVID restrictions and challenges the AGM was later than had been hoped but the Interim Board have remained in place to ensure it was planned and scheduled in accordance with its rules.

All members were then invited to stand for election to the board if they were interested and felt they could bring a skill set the group. We were delighted when two of our members, Jonathan Manning and Liam Connolly, put their names forward for election.

On the 2nd November the Voting window closed, and all of the votes were counted and verified by the Chair of the Election Management Group and Independent Scrutineer, Neil Le Milliere.

It was then declared on the 6th November that the following people had been elected as the 10 Society Board members subject to an affirmative vote at the Annual General Meeting:

We would like to express our thanks to Neil, Jonathan, Liam and all of the members that have taken the time to vote and liaise with us during this process. Special thanks also goes to Tom Kural who was a key part of the Interim Board in helping us to achieve our goals.

The AGM will be held at 19:00 on the 16th November and registration for this is now open. All members are being invited to attend by clicking on the following link: AGM Zoom Meeting