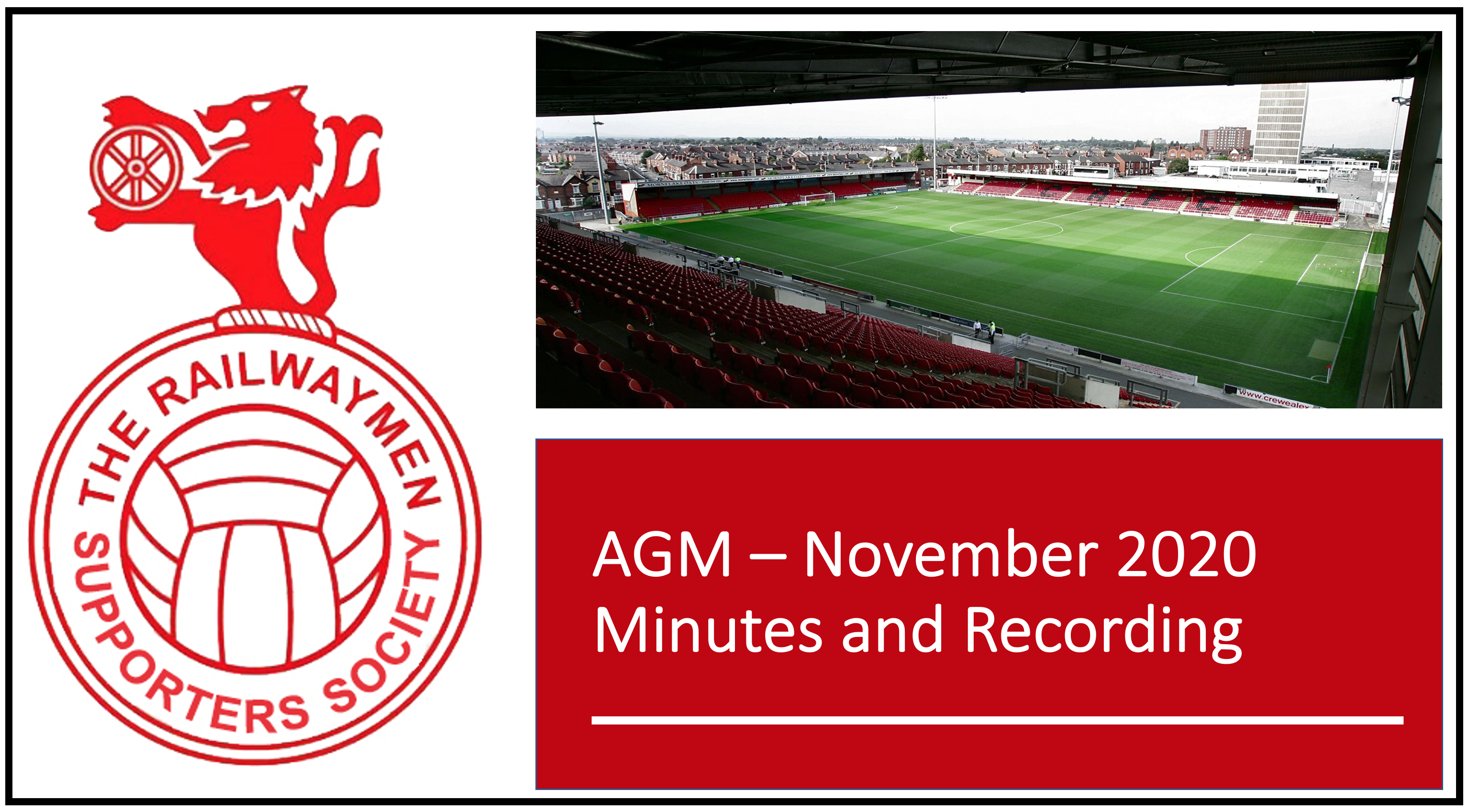 On the 16th November 2020, the Railwaymen Supporters Society held their first AGM.

Unfortunately, due to the COVID restrictions in place that had also delayed this AGM from earlier in the year, the AGM had to be hosted virtually with all members appearing on screen instead of in person.

Prior to the AGM, all members were given the opportunity to vote for the members of their choice that would be voted onto the Society board for the coming year. The successful candidates were informed of this ahead of the meeting and the vote was confirmed as accepted by the members during the AGM.

Other items on the agenda that needed to be voted for were as follows with the results:

2. Do members vote in favour of Hammond McNulty LLP as the society’s Independent Examiner for the accounts for Year ending 2021 ? ( Single Choice)

3. On 06th November the Election Management Independent Scrutineer Neil Le Milliere announced the Society Board. Do members present approve the results as voted by the society membership ? ( Single Choice)

The AGM concluded with questions from the members which were answered by the board.

Everyone on the Railwaymen Board would like to once again thank all of the members for their attendance and Support. If you were unable to join on the night. You are able to download a copy of the minutes from here and you can view the recording of the AGM by click play on the below video.

Competition: Win a meal with Dave and Kenny