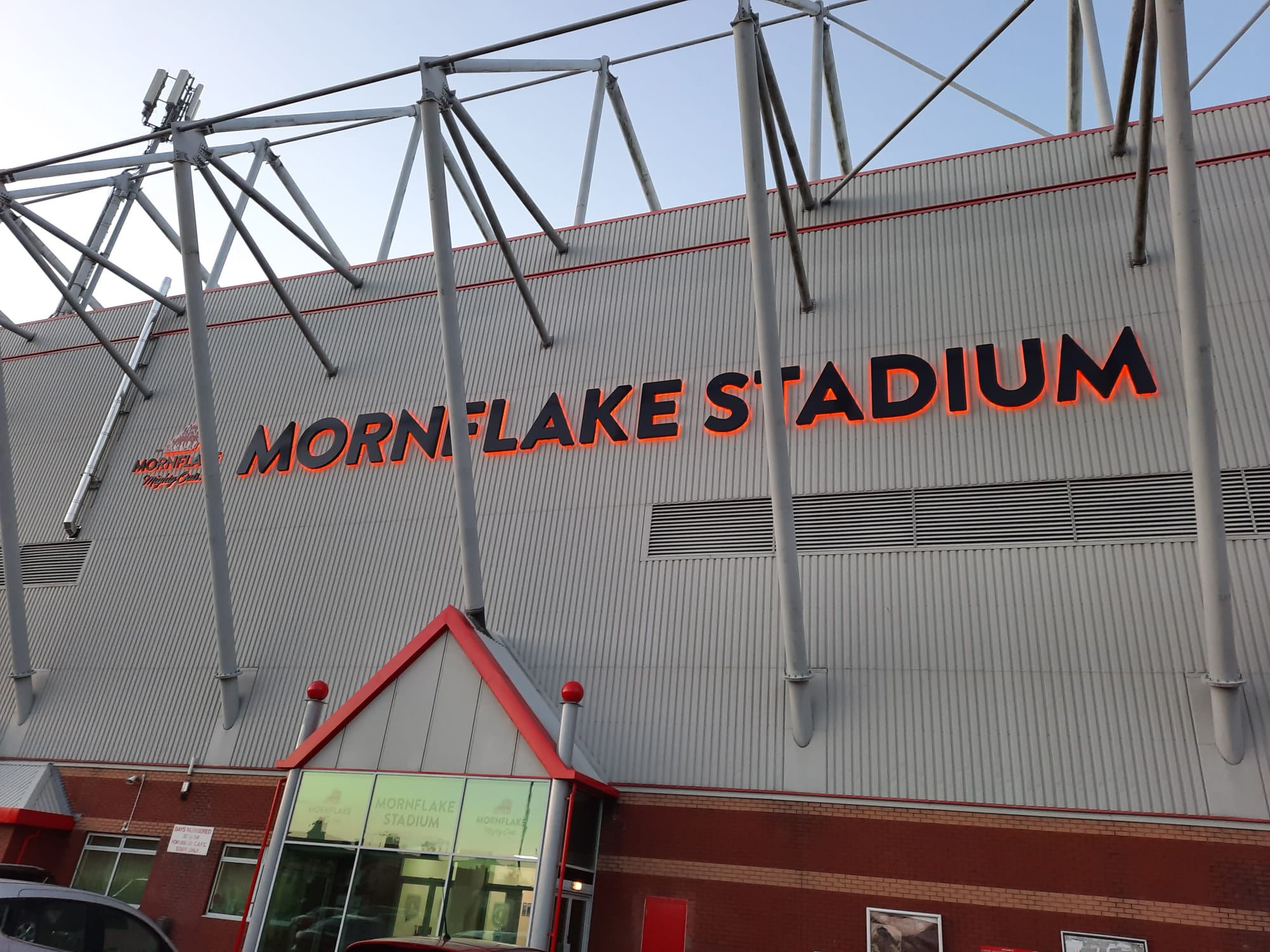 On the 27th September 2021, The Railwaymen Supporters Society held our first Members Forum of the season at the Mornflake Stadium.

It was great to be able to meet the members face to face and give people an opportunity to listen to what the Supporters Society had been up to over the recent months and the chance to ask any questions they had.

Chairman of the Society, Mark Beavan opened the meeting and provided everyone with an update from the boardroom.  This included a reminder about building on our Society mission statement and the need to provide a platform for fans to communicate with the football club. We want to strengthen the bond between the football club and the communities which it serves

We welcome any new ideas along with support for our own initiatives.

We continue to look forward to exploring ways we can increase the fan base by engaging with local schools and businesses.

Society Secretary, Scott Kynnersley then provided an update on all of the good work that has been completed this summer off the back of the members survey that had previously been conducted.

All of these things were what the fans said they wanted in the survey and the new board have listened to the fans.

Richard Benson explained how he had become in the excellent new Crewe Alexandra monthly magazine. Working closely alongside Peter Morse, The Railwaymen have been given two pages in the magazine to fill for as long as we can. We’ll use it to bring you updates from the Society but we also want your experiences. This can be anything from a matchday review to memories and experiences that you want to share. We don’t just want a match review though, we want to know about your matchday experience. How did you get there, where did you go pre-match, what did you think of the away ground and fan end?

Tim Tantram then provided a short update on the media side of the Society. Whilst the website and social media channels have been quiet over the past few months, we are hoping that as activities start to pick up pace again, more content will be pushed out to the fans.

As with the Magazine, if you have something that you want our members to be aware of or a story you want to tell, please get in touch and we can see if it is suitable for the website under our Blogs section.

Matt Owen detailed how we are investigating how we can improve diversity within the fans at the club. We are reaching out to the Polish and Romanian communities around Crewe to see how we can involve them more and what would make the club more accessible to them. Also how can we reach out to the local community teams and get them involved.

Dave Slack updated that the new membership packages are being worked on and we hope to provide further updates on this soon.

Events are already being planned for 2022 as well. Ian Affleck told us all about the plans for an Ex-Player Association Six/6 Cricket Tournament next summer and plans for a Sportsman’s evening towards the end of next year.

Prior to that we will also have our AGM later this year and plan on hosting future Members Forums 2 to 3 times a year and if possible, invite an current or ex-player to attend similar to when Luke Murphy joined us back in 2019.

Other things we are pushing is for the special guest in the legends lounge to come to the Railwaymen Bar and Lounge and do a 20/30 min Q&A at 12 noon on match days.

In order to progress with some of the projects that the Society want to work on, there is a need to form Sub Committees made up of both board members, society members and fan volunteers. One of these such projects was the Junior Railwaymen project that Andy Newton is taking a lead on.

This is focused on seeing what we can do to inspire the next generation of fans and encourage them to support Crewe Alexandra. Plenty of ideas are being discussed and further updates will be provided soon.

If you can volunteer any time towards projects, please get in touch with scott.kynnersley@railwaymen.co.uk and we can see how you can get involved.

As we stated earlier, we only operate to act as that link between the fans and the club. We gave all of the members attendance the chance to pose their questions to us no matter how big or small. What was evident was that everyone has their own opinions and some things that people take for granted are very important for others. It was great to hear all these views and we’ll try to take the relevant action on as many as possible. Some of the examples included: