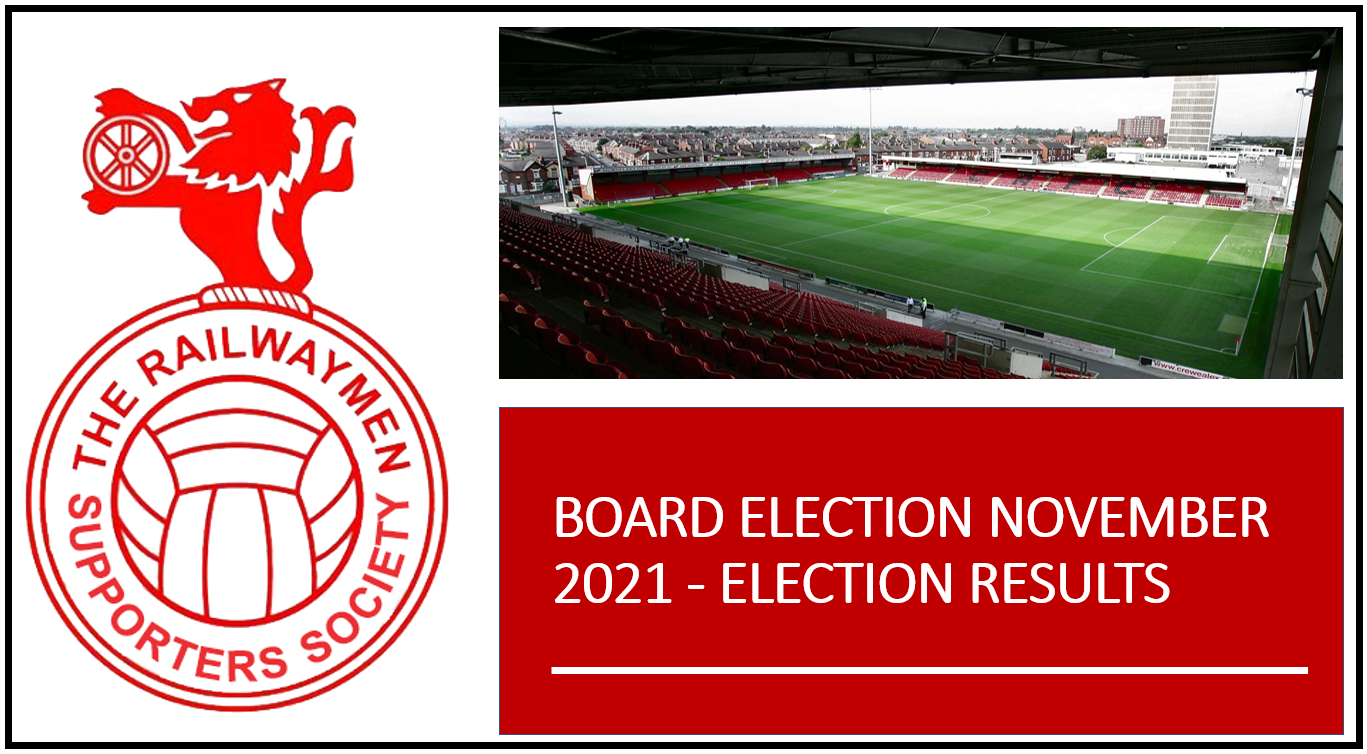 It was an honour to be asked to be the Chair of the Election Management Group and the Independent Scrutineer for the Railwaymen Supporters Society Limited Trust Board Elections 2021 and it has again been an interesting experience.

Three vacancies were declared, and four valid nominations were received meaning there was a contested election.

The Election was then conducted both electronically and via normal mail thereby catering for both those with computer access and those without.

The result of the ballot was as follows:

I therefore declare that, David Tomlinson; Rob Dutton; and Liam Connolly; are elected to the Board subject to an affirmative vote at the Annual General Meeting.

For information, a very disappointing 32 out of 456 members voted, so only a 7% turnout. Between them they cast 81 votes which was an average of 2.5 votes per person. There were 23 electronic votes and 9 hard copy.

There was only one invalid ballot paper as it was unfortunately sent after the closing time/date.

There is still some confusion amongst members over what their membership number is or where they can find it so some additional publicity to the membership would probably help.

As part of my role, I am required to report whether the current Society Election Rules Regulations and Procedures and the Society Constitution were adhered to. I can confirm I am satisfied that they were.