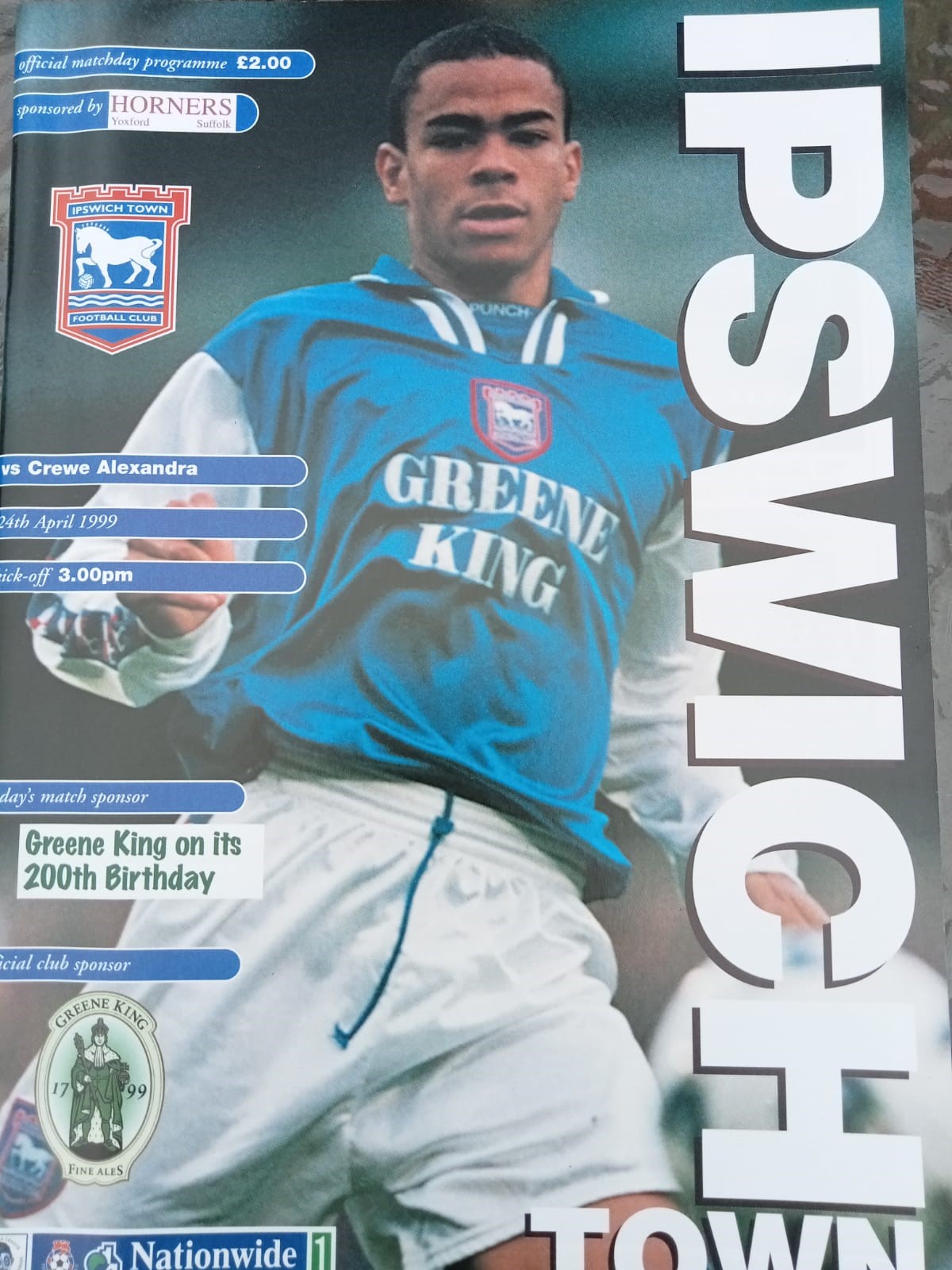 On the 24th of April 1999 bottom of the table Crewe Alexandra travelled to an Ipswich Town team lying second and  hoping to be playing premiership football the next season. Once again we turned coupon-busters defeating the hosts 2-1 in front of 20,845.On a pitch waterlogged by torrential rain and despite the sending off of Jermaine Wright goals by Mark Rivers and an 84th minute winner from Steve Macauley enabled us to grab a priceless lifeline in our division one survival bid.Mark Venus replied from the penalty spot.